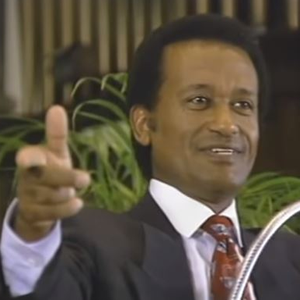 Gospel Light Ministries Church (GLC) is a God given vision to Pastor Daniel Makonnen, one of the most beloved and respected ministers in the Ethiopian Evangelical churchePastor Daniel Makonnens today. Pastor Daniel was called of God at a young age to preach the gospel. He was appointed by God to bring the full message of the gospel of our Lord Jesus Christ to various churches and localities in Ethiopia.

During the dark period of Ethiopian history, when communism was at its destructive peak, Pastor Daniel, a young visionary leader, publicly preached the healing power of our Lord Jesus Christ to tens of thousands of people. The countless supernatural miracles the Lord performed during those days of Ethiopian revival are still engraved in the memories of many believers as well as non-believers.

Despite the severe persecution and intense scrutiny from the communist regime, a revival broke out during those days. This revival that broke out in the ninteen seventies had a dramatic effect on Ethiopian Christianity, and it has played a major role in shaping the direction of the charismatic movement of the Ethiopian Evangelical churches.

After the Lord brought Pastor Daniel to the United States, he continued to minister and bless the Ethiopians in the Diaspora, particularly those in Washington DC area. Having made himself available to the Lord, Pastor Daniel is a servant of God whom the Lord continues to use as his faithful and yielding vessel. Because of his dedication and sincere apostolic and pastoral ministries, Pastor Daniel is loved and respected by many people in the Ethiopian community.

Pastor Daniel is a tested, seasoned, mature and graceful man of God. Because of his call and service many regard him as a father figure helping to bind them together. To share his vision is an awesome opportunity and a blessing.

The Lord has given the vision of Gospel Light Ministries to Pastor Daniel once again to reach multitudes throughout the nations. The effect of GLM has started to be felt all over the country. The newly planted Gospel Light church in Addis Ababa is now one among the fastest growing churches in Ethiopia. GLM produces literatures, audio and video materials to help churches, fellowships and individuals in their ministries and Christian walks with the Lord.

The leadership qualities shown by Pastor Daniel have earned him acclaim not only within the churches that he has founded, but also by ministers of other denominations who have witnessed his spiritual integrity and fruitful ministry and who look upon him as a model spiritual leader.

As the ministry is growing in all dimensions following its initial set of goals and visions, it is appropriate for all children of God to support GLM. It is truly a privilege to be part of what The Lord is doing at this moment of human history. As we are nearing the second coming of Chirst, we encorouge you to join hands with the work of the Kingdom.

Don’t miss out new videos , subscribe to our channel and you will be notified when there is a new video posted.