2000. Now, in Ethiopia, the minstry has grwon vastly and is serving over 5000 members. His weekly radio broadcast declaring the kingdom of God is heard around the world.

A native of Ethiopia, Pastor Daniel came to the Lord at age sixteen and gave his life to fulltime minstry at age eighteen. Ever since he started serving the Lord, God has used him in a mighty way to magnify the name of the Lord with great signs and wonders. The name of the Lord was magnified and millions were reached at the time comunisim was overtaking the country. 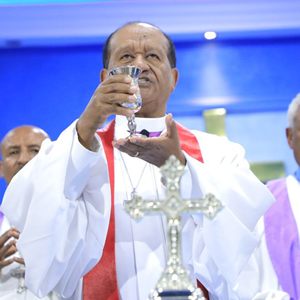 Don’t miss out new videos , subscribe to our channel and you will be notified when there is a new video posted.